Pho Dau Bo is a Calgary-based Vietnamese restaurant dishing out some of the best pho in the city. My friend and colleague Sarah Alonso was responsible for their restaurant rebrand, officially unveiled in January 2018. As part of this work, Sarah contracted me to provide the initial design for the menu, which would later serve as the blueprint for the final one-page menu and take-out menu. I also provided copyediting and proofreading for the final menu design.

The challenge in redesigning the menu was the sheer volume of menu items and the constraints of a one-page design. Several iterations later—which included scrapping various sizes and some menu items, as well as creating a separate beverage/dessert menu—we arrived at a sleek, modern, and minimalist design that boldly highlights their new logo and streamlined look. 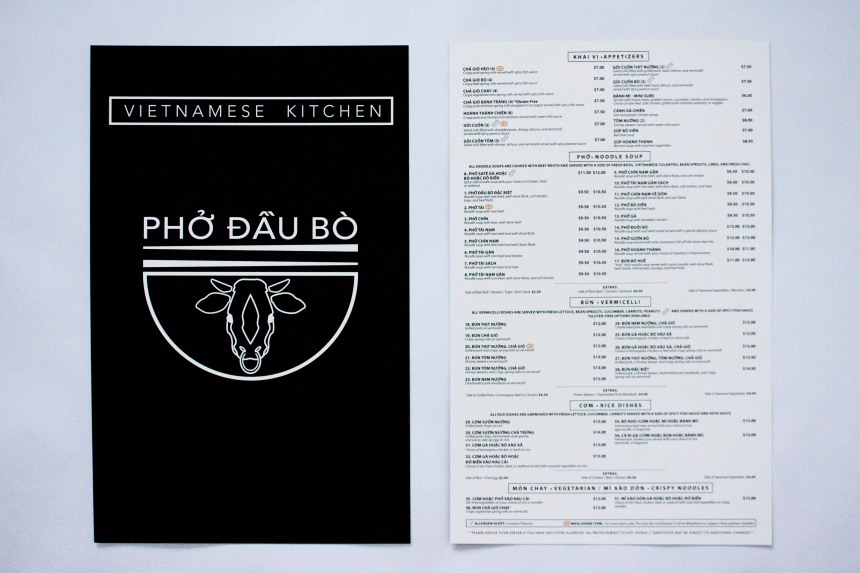 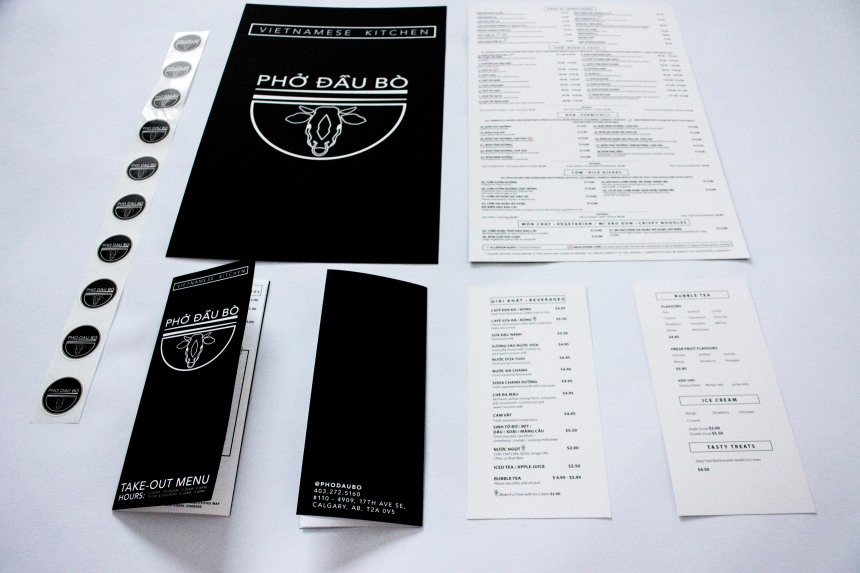 To see more examples of the collateral developed as part of the rebrand, check out her website. Better yet, head on over to Pho Dau Bo to see the rebrand in action while chowing down on some delicious eats!

Cindy K. Cheung is a freelance writer, editor, and designer based in Calgary, Alberta.